Sea of Thieves and its ridiculous scores at Metacritic

Sea of Thieves and its ridiculous scores at Metacritic

Even if you check videogame reviews at your favourite sites, I suppose everyone knows Metacritic and usually checks gaming scores there. Metacritic not only shows videogame press scores, but also users ones, their reviews and personal opinions too. Those scores and reviews help us to know more about videogames we’re interested in, so we can have a complete opinion about them. However, sometimes we find not so enjoyable reviews. And that’s just the case with Sea of Thieves.

Everyone knows there are quite some trolls that score games in Metacritic. Scores that sadly cover interesting reviews and opinions, from people that genuily want to offer a sincere and sensible critique about gaming. Even if at the end we find some balance at scoring, with great critiques and bad ones, sometimes scores are a mess. Especially when we talk about exclusive games, when we can see some people just want to screw votings and give the worst rating possible. And mostly these critiques come from people who don’t know what they’re talking about.

Sea of Thieves surpasses PUBG and Fortnite at Twitch

Sea of Thieves and its ridiculous scores

Sea of Thieves is one of these cases. As we can see below, some people are trying to mess up the score and don’t really know what they’re talking about. Sea of Thieves scores doesn’t refleject reality and we know it just by seeing them. Right now the game has 5.8/10 and most of critiques are 0 or 10. But barely nothing at the middle. The problem are not only the scores, but the reasons. It’s clear people who think Sea of Thieves deserves 0/10 have not played it at the open beta. It’s something we know just by reading the critiques. In fact, Sea of Thieves still does not have media reviews because press is playing it right now, at the same time users are. It’s been just a day since Sea of Thieves was released, so we still don’t know (and can not) review such a huge game. 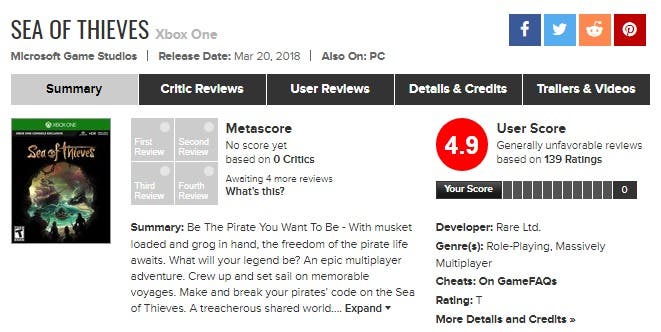 Why are there so many users giving Sea of Thieves a poor score? Perhaps because we already know the answer. We all know how this «console war» goes. Instead of playing games, it seems some users just want to despise a videogame and show it to the entire world. Or perhaps it’s just because they can’t play it due to the exclusivity, but would like to. Perhaps they want to underrate it and cover Sea of Thieves greatness; a game that gamers are already enjoying and discovering and shows nothing more than good vibes.

It’s true some users think Sea of Thieves deserves 10/10 without having played it. But, even if you think I’m crazy, it’s easier to think that they really think that way. To me it’s easy to think about gamers that are enjoying Sea of Thieves right now, playing it with their friends and thinking about giving it 10/10 because they feel it. Because they want to be fair with a lovely game balancing those bad scores with the best ones. I just can’t imagine anyone playing Sea of Thieves and, in a few hours, giving it 0 because it’s the worst game they’ve ever played. I don’t think it’s anyone’s case and I’m sure bad scores come from people who have not touched it.

I know any of these things are new to you. I also know Sea of Thieves is not the first game suffers this kind of hating. But it’s quite incredible there are so many people hating videogames instead of enjoying them, don’t you think? 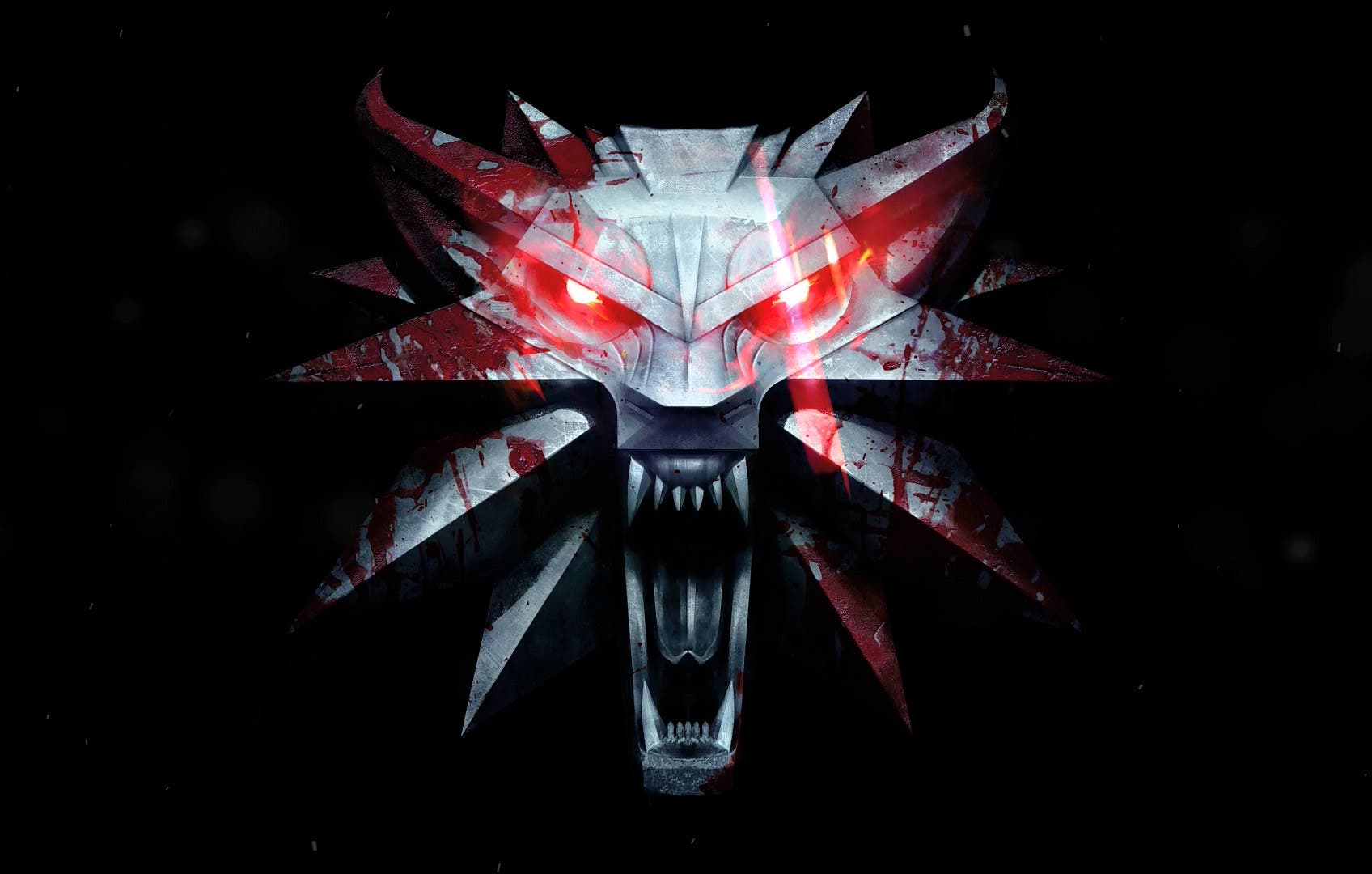 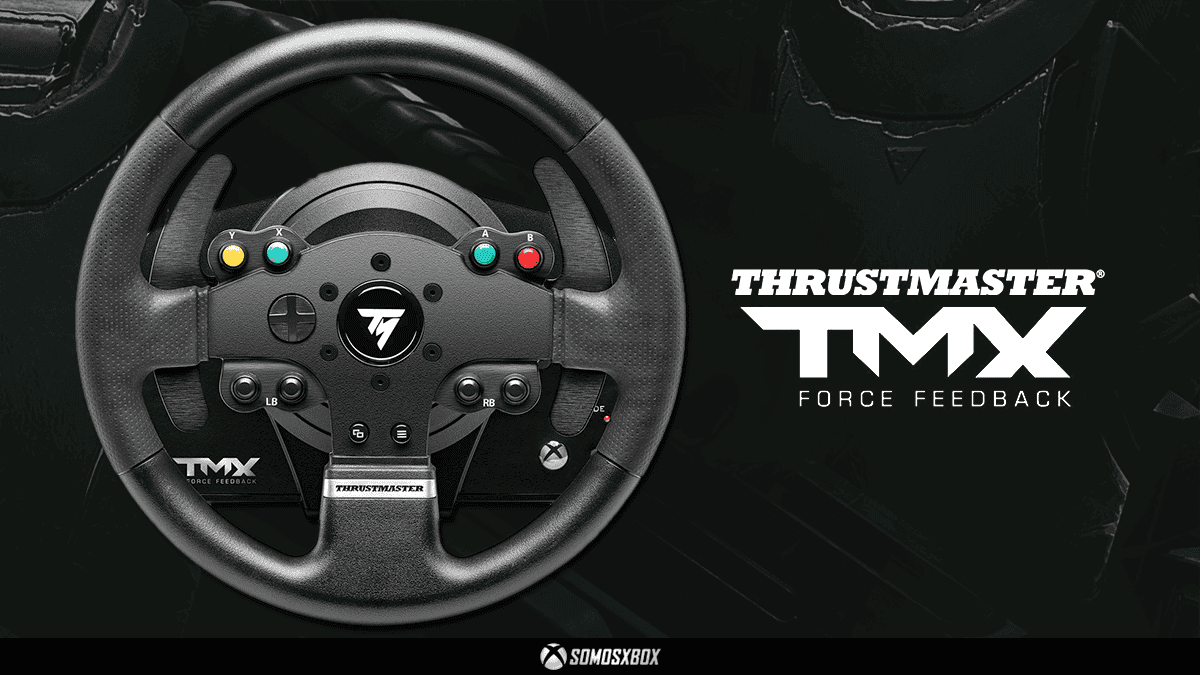 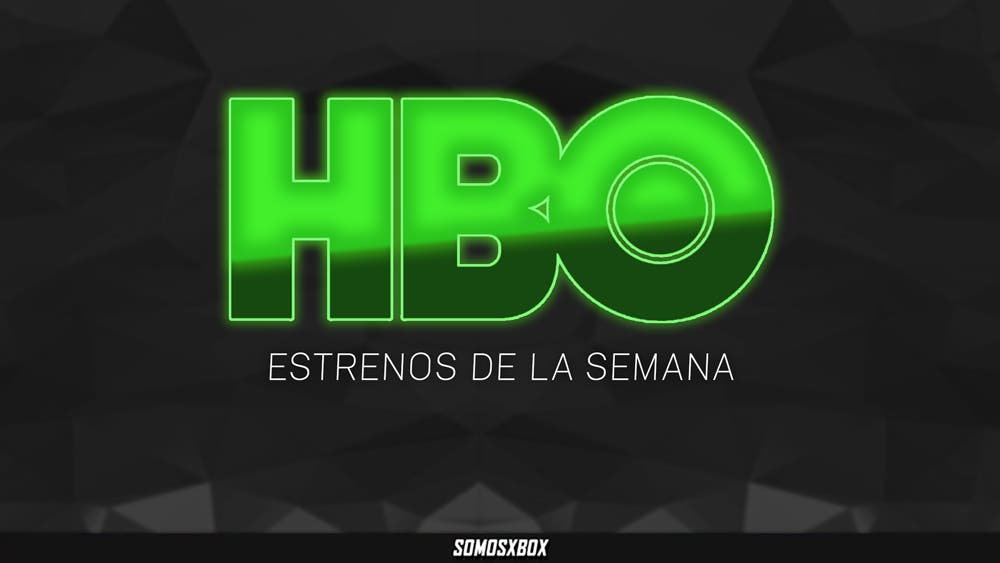 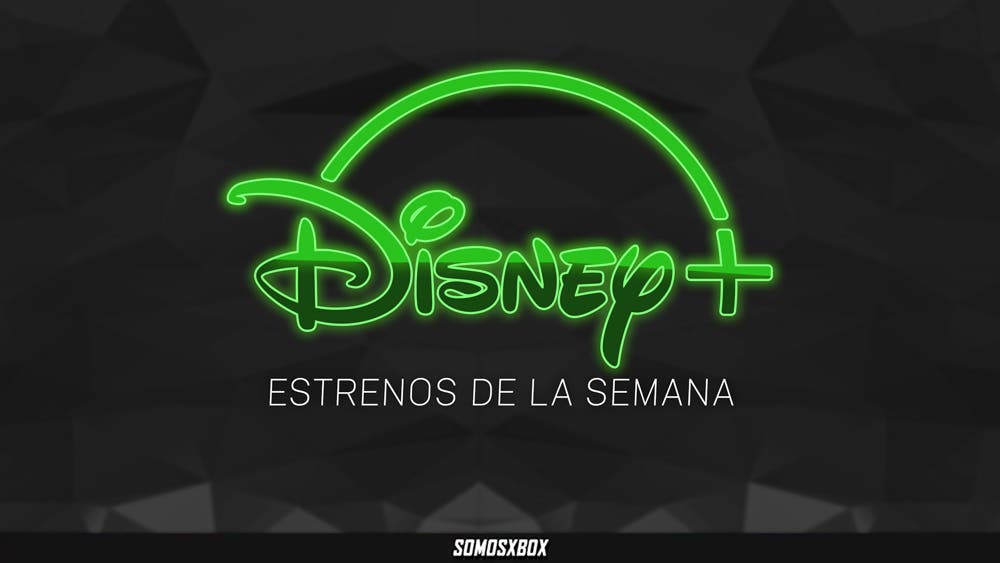 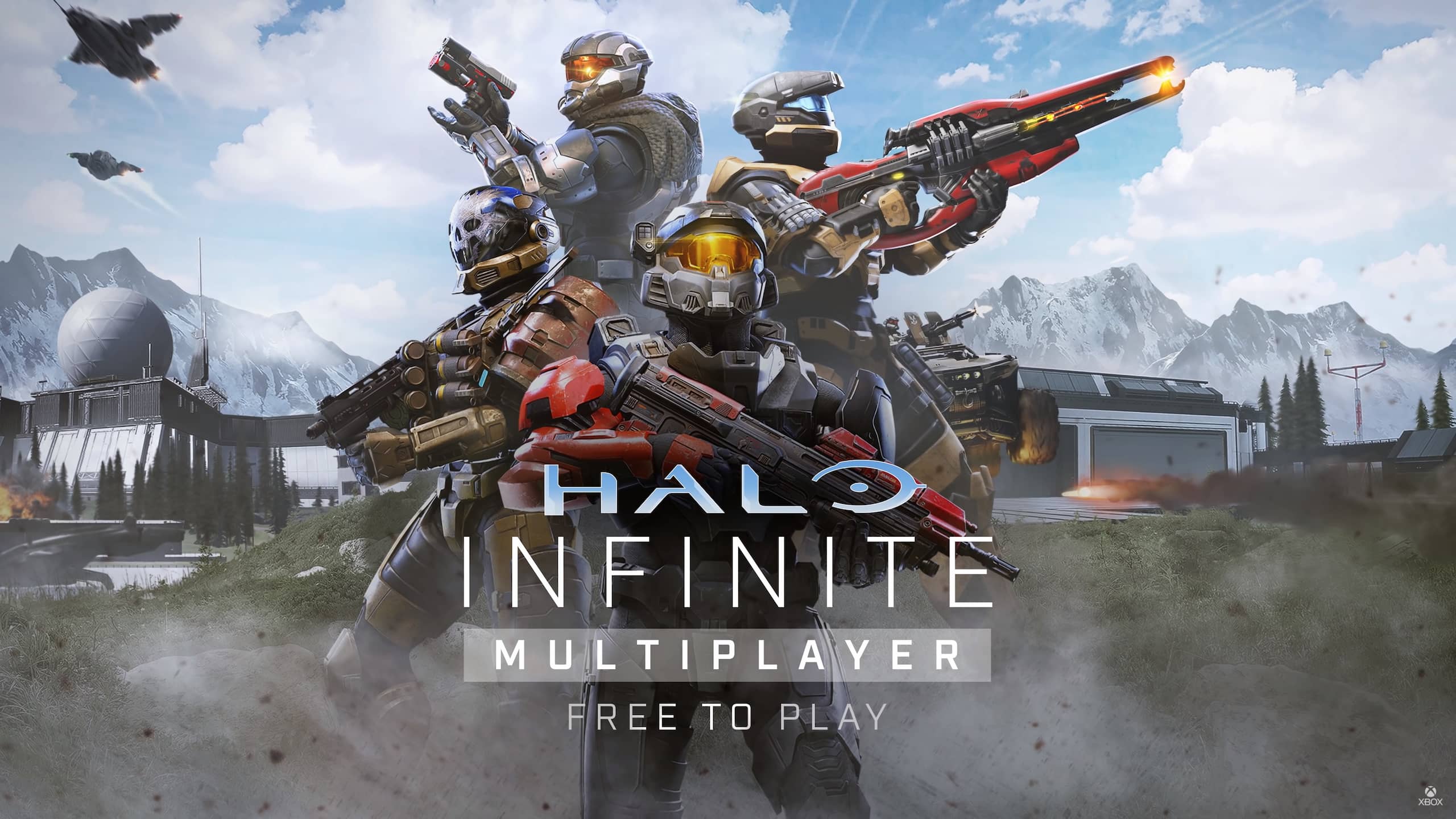 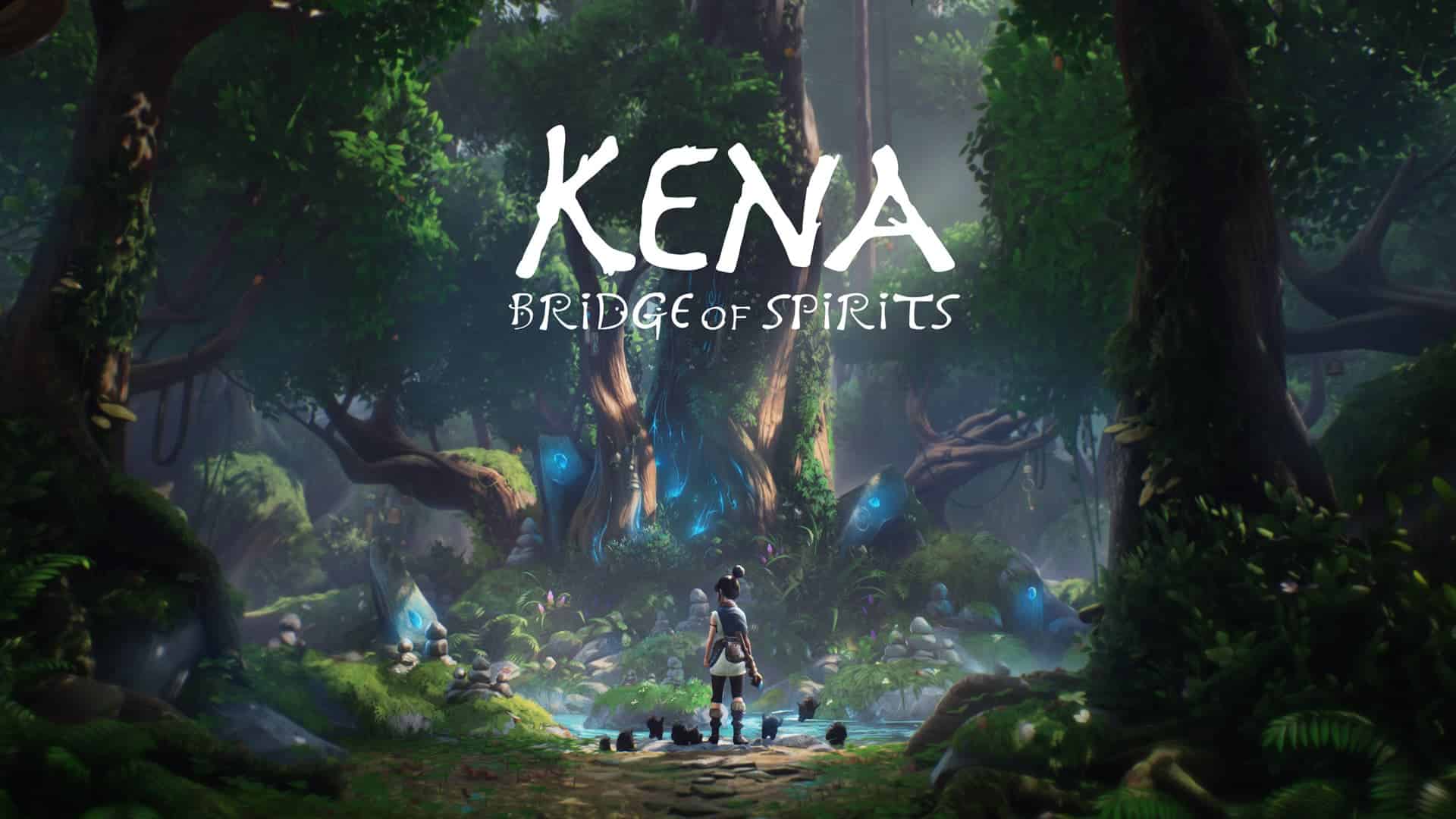